It’s like writing a Mission Statement, a brief sentence, two at the most, to get to the essence and use it as my guiding star in case I wander too far.

Underlying it all is my fundamental principle to be kind, compassionate and useful.  I want to contribute goodness to life, to real people. As for content, it’s an alchemical process, metaphorically turning lead into gold.

I move around a lot of subjects.  Over on Facebook, and for the past half year, I’ve watched what I do, say, write, re-post, and share.  It has taught me what I consistently care about enough to do all that, with a huge amount of time invested, and especially to write.  I write a lot on FB, e.g., in depth responses in the comments and personal notes about why I am putting something in my timeline to circulate out.

At the core is health, on all levels, especially body, mind and spirit health. Body: e.g. articles about food, exercise, breathing, sleep, nutrients, stress reduction and Somatic Experiencing.  Mind: many of my intellectual pursuits that have to do with Quantum Physics, Resonance, history, society, mathematics, Sacred Geometry and Crop Formations.  Spirit: meditation in different forms, eg Mindfulness, Zen, and guided visualization. Soulfulness is an undercurrent, how to be fully in the body and soulful in one’s life.

As a photographer, I look at images, and share those special to me as well as my own, sometimes suggesting competitions for my photography friends to enter.  As an artist, I publish my own art to share, and join my artist friends in opening show receptions.  I have a very colorful timeline, and I would have a similar style here: colorful.

As a writer, I read poetry and engage in writing poems and non-fiction, two sources for posts.  In fact, in another blog, I publish the stories I write  for the Berkeley Times.  I link those into this blog a few times a month, stories about Berkeley, CA. I also write about journal-keeping and art book writing. I write about  books I am reading, too.

Because of my education in psychology and personal growth, I post about mental health and happiness as well, my own and what is in the news.

Although that seems like a lot, it’s who I am.  I swim around in all that stuff and it’s familiar territory.  It is thrilling to grow and become a better person, and by sharing what I do and like, perhaps that passion for healing, growth and joy will resonate with someone, a reader.

WordPress.com is excited to announce our newest offering: a course just for beginning bloggers where you’ll learn everything you need to know about blogging from the most trusted experts in the industry. We have helped millions of blogs get up and running, we know what works, and we want you to to know everything we know. This course provides all the fundamental skills and inspiration you need to get your blog started, an interactive community forum, and content updated annually.

The main studio looking eastward, with the library to the left and the family sitting area to the right. 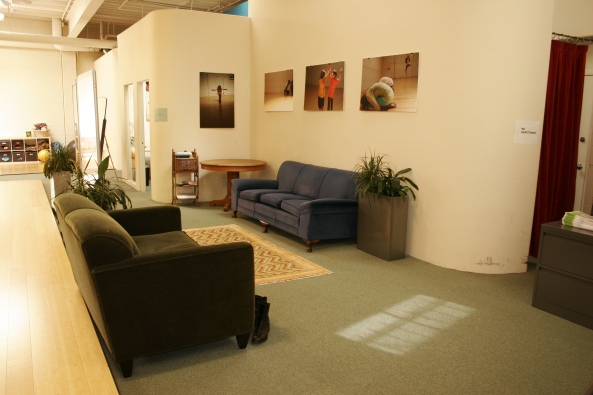 The area for family’s to wait while their kids take classes.

For the past year, Luna Dance Institute has occupied a new space that faces the northern end of Aquatic Park in Berkeley, CA. On a recent visit, Cherie Hill, one of the eight women in the dance collective, greeted me at the western entrance. As we toured the dance space, she explained dance education at Luna by first describing Teen Choreography, a one-year program for which teens must audition.

“When we teach teens choreography, they learn skills they can apply to all areas of their lives now and into the future,” Hill said. Then she elaborated how the teens learn to focus, think about their projects…

First published in the Berkeley Times on August 15, 2013

I walked into Tenzing, a Tibetan store on Shattuck Avenue, to find a cotton pullover similar to my top in orange with green stitching.  A man behind the counter held a large Tibetan bowl. He smiled at me and gestured that I might want to come over to it. I said I would after I finished looking around.

As I passed by the counter, he offered the shiny, brass bowl toward me. When I nodded yes and stood still, he told me to extend my hands. He placed the bowl on top of them, and supported its heavy weight with his hands underneath mine.

“Close your eyes. Relax your shoulders.”

I was a bit reluctant, because I was hungry, had only a few minutes to find food and make it to my Photoshop class. I remembered how once a friend gong’ed me with his bowls, how the tones settled me, so I gave in, closed my eyes and dropped my shoulders.

The shopkeeper began rolling the mallet around the bowl’s outer edge. Immediately, I felt the vibrations of the bowl. They ran up my hands and arms into my shoulders, then up my spine and into my head, where I felt them shift my brain waves.

I tracked the sensations – now more subtle – continuing down my back, into my pelvis, down my legs, into my arches. I visualized the vibrations flowing through my feet, through the flooring, into Mother Earth, and then back up through my arches into the top of my head – creating a perfect circle.

The tones enchanted me. The rhythmic motion to create the sounds entranced me. I imagined making art with these qualities of motion and tone: swirling patterns of moving mandalas in beautiful colors, like spiraling galaxies. I glanced up, knowing my face was aglow. He was looking straight at me with twinkling, dark brown eyes and a smile.

“Close your eyes,” he said.

Again, my eyes closed, and my smile broadened. I felt an effervescence bubbling through me. Pulling myself out of my reverie, I said,

“I need to stop, because I have to go to class soon.”

He smiled at me. I took a deep breath, and slowly focused my eyes as the bowl gently became quiet and the tonal waves dissolved into the spacious store. I felt the stillness. Expressing gratitude for this magical moment he created, I asked him his name.

“Alejandro Piedra. Piedra means stone, from the earth,” he replied.

Ah! Grounded through exquisite sound and solid earth, I walked to class a taller being.

Column 2 first published in the Berkeley Times on August 15, 2013

Around 9 p.m. Thursday, July 4, where University Avenue dead ends at the Bay, on the south side of the split by the stop sign, a woman with four dogs carrying a folding chair, opened it up and sat down. Two of the dogs were beige and tiny, and two were mid-sized and black. All were held on leashes. The two little ones huddled on her lap, the two black ones stood between the back of her chair and my blue bike locked to the stop sign, and me.

I studied this family of pets with interest, watching their behavior, given the flood of people streaming by. They did not bark; they appeared nonplussed by the crowd. I finally gave a pet and pat to the ones near me.

“Good doggies,” I said to the woman in a friendly tone. “You are brave to bring four dogs to such a crowded event. They are so well-behaved!”

“I brought them so they can get used to it in case there’s a time when I can’t be here with them,” she responded without turning her head.

Her remark was curious; why would her pets be at the Marina without her?

After the fireworks, the crowd thinned on the grass to my left, so I mentioned to her that she could bring her chair and her dogs off the street to where there was more room. The exiting throng was thick with numerous baby buggies and parents, and a few long lines of teen-agers holding hands so not to become separated from each other. One passerby – a young lady – screeched with anxiety at the sight of the black dogs.

But the dogs remained steadfastly calm as did their owner.

The woman, again not turning around but continuing to face the bay while holding the two dogs on her lap, quietly stated that she was training her dogs to get used to large crowds in case she would not be there with them sometime. I felt the poignancy of her thoughts, as if she had already said goodbye to them.

Later, after reflecting on these moments, the woman with the four dogs signified something important on this day of liberty. She came to symbolize the Fourth of July: the power to hold her own and occupy her own place in the crowd – all while embodying an essential Berkeley value, the freedom to be yourself.

She and her pets were inspiring neighbors; I’m glad that it was I who shared with her our little street corner beneath the fireworks.

It was a satisfying display to boot, as the winds were relatively tranquil and did not blow the fireworks horizontally as I have seen in the past. Berkeley’s Fourth reminds me of a small town celebration, where everyone knows they have a long walk to the Bay from 6th and University, and then home back over the freeway bridge, and where we move along comfortably together, people of all genders, colors, ages, sizes, clothing, voices and groupings. I felt good to be one of the city folks, part of our town.

The night’s celebration ended when I biked to the Missouri Lounge to hang out with apparently a number of other bicyclists. I had a lengthy and engaging conversation with a man named Desmond Torkoroo about his volunteer work – teaching math to students in detention. I praised his generosity for helping to heal these young men in trouble by not only teaching them math, but also acting as a positive role model. He had a warm, open attitude, and a strong sense of kind intelligence. I believe he said he was originally from Nigeria and lives now in Berkeley. His Nigerian  smile has become a Berkeley smile.

For me, he drew on a napkin the Golden Principle, which as an artist I had not yet visually understood. In exchange, I shared my latest favorite novel, “Kafka On the Shore” by H. Murakami, which in part weaves a story of synchronicity, how by following one’s intuitive guidance to live out one’s path, one can find it interconnecting with others in unknown patterns of significance.

It was a very good Fourth.

photo credits of Alejandro and Desmond to Arden K. Varnel

photo credit of fireworks to:

Turning lead into gold. A space in which to explore the integration of body, mind and spirit. Art, photography, writing, journals, health, inner growth tools, dreams and creativity.